Pistachio is from late Middle English "pistace", from Old French, superseded in the 16th century by forms from Italian "pistacchio", via Latin from Greek "pistakion", from Persian "peste".

“Pistachio trees thrive in climates with hot summers and relatively cool winters. Although we think of pistachios as nuts, the delicious, nutritious treats are actually seeds. Pistachios belong to the Anacardiaceae plant family, which includes a number of familiar plants like mangos, cashews, smoke tree, sumac, and – believe it or not – poison oak. If you’re wondering how to harvest pistachios, it isn’t difficult. Read on to find out.

The pistachios we purchase in grocery stores have a hard shell, but we never see the outer hull, which is known as the epicarp. The epicarp adheres to the inner shell until the pistachio ripens, then it is removed.

When to Harvest Pistachios:

Pistachios develop in early summer and ripen in late August or September nearly everywhere in the world, with the exception of Australia. In that case, pistachio harvesting generally takes place in February. It’s easy to tell when pistachio harvest season is getting closer because the hulls lose their green hue and take on a reddish-yellow tint. When the nuts are fully ripe, the epicarp turns rosy red and begins to separate from the inner shell as the developing nut expands. At this point, the epicarp is easy to remove from the inner shell by squeezing it between your fingers.” 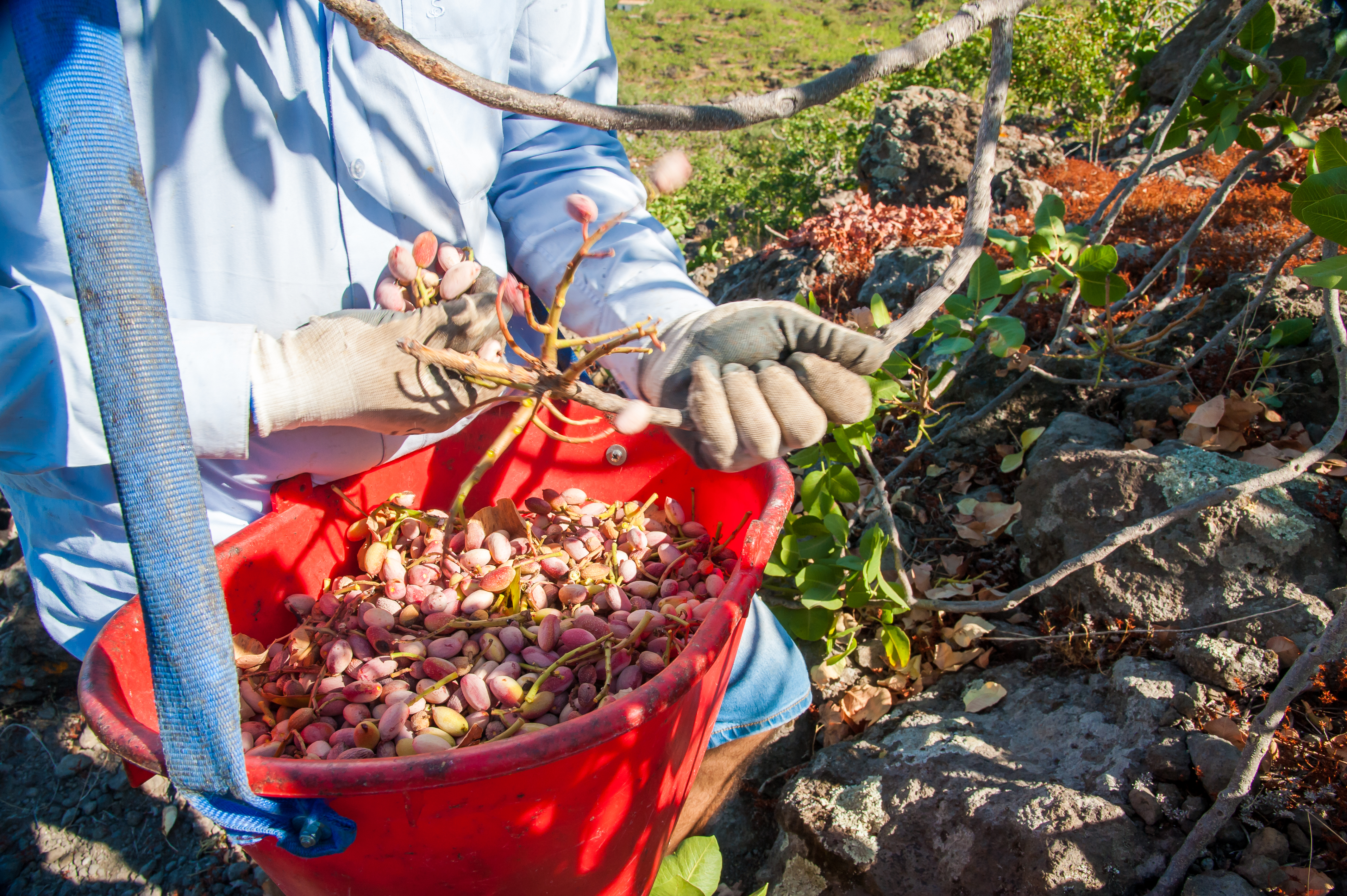 Pistachio harvest from Sistan-Baluchestan orchards has started and will continue until October, said the director of horticulture affairs of the province’s Agricultural Jihad Organization. “More than 6,000 tons of pistachios will be harvested from the province’s 7,000 hectares of orchards by the end the harvest season,” IRNA quoted Ardashir Shahraki as saying, adding that some 500 job opportunities have been created already. Kerman, Sistan-Baluchestan, Yazd, Khorasan, Fars, Semnan, Qazvin, Isfahan and Qom are the main pistachio-producing provinces in Iran. Iran is the world’s largest pistachio producer with more than 200,000 tons produced and 180,000 tons worth more than $1.6 billion exported every year, according to IANA News Agency. China is the biggest customer accounting for 50% of Iran’s exports. Neighboring countries and the European Union are other major export destinations.

Pistachios are a nutritionally dense food. In a 100 gram serving, pistachios provide 562 calories and are a rich source (20% or more of the Daily Value or DV) of protein, dietary fiber, several dietary minerals and the B vitamins, thiamin and especially vitamin B6 at 131% DV (table). Pistachios are a good source (10–19% DV) of calcium, riboflavin, vitamin B5, folate, vitamin E , and vitamin K. 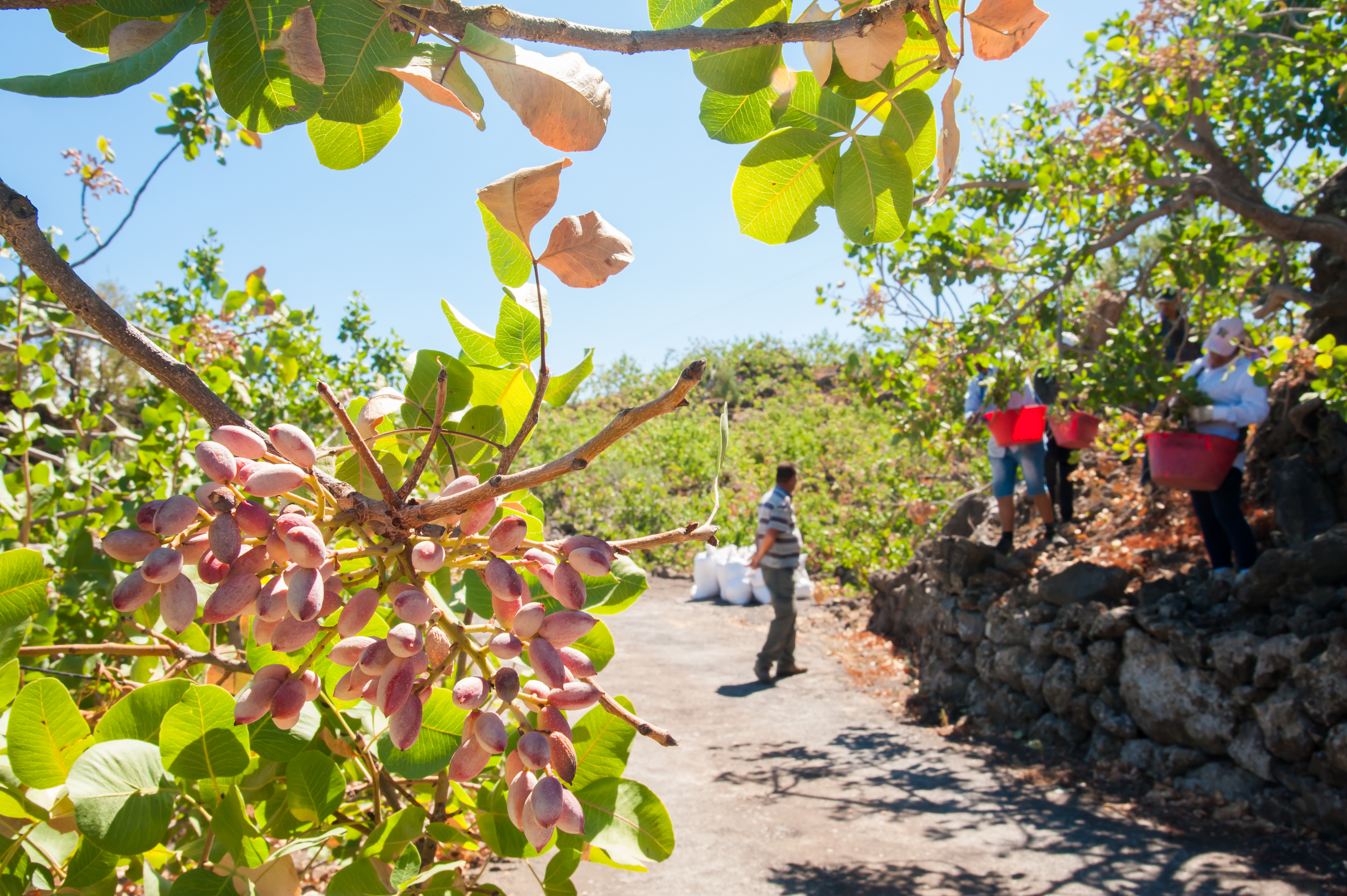